How many deaths before drug laws tightened?

Arun Kumar migrated to New Zealand from Fiji for a ‘safer’ future for him and his family. The morning of Tuesday 10 June 2014 turned out to be his last day in the country that he chose to bring up his children in.

At about 7am, two young boys, aged 12 and 13, entered his dairy as he got ready for early customers. One of the boys fatally stabbed the 57-year old dairy-owner who is now remembered by the community as a “loving, family man”. 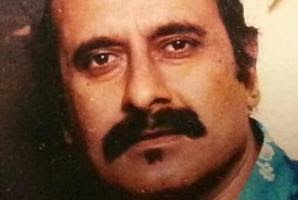 Only about a fortnight earlier, another migrant fell victim to a vicious attack. Philippines-born Blesilda â€œBlessieâ€ Gotingco was on her way home from work on 24 May 2014.

As she got off the bus, barely a few hundred meters from her home,Â  she was attacked by a repeat offender. Her dead body was found by the police search team the next day.

Police arrested a 27-year old man with previous convictions, who was under supervision with an ankle bracelet, says E2NZ website.Â  The accused was living just 1.4km from Blessie’s home, says the New Zealand Herald.

“We want to send a strong message that this is not acceptable in a country like New Zealand, where people have migrated for the betterment of their family and friends. To die in such a way is really saddening,” a family friend of Arun Kumar told TVNZ.

New Zealand is always considered to be a safer place by migrants coming from civil-strife-ridden countries like Sri Lanka, India, Pakistan, Fiji and Bangladesh.

However, the clean and green image of New Zealand that’s portrayed to prospective migrants often underplays the crime scene in the country. While large-scale organised crime is certainly low, the violent acts of desperate people, often on drugs, claim the lives of unsuspecting migrants who are often seen as easy targets.

The police as well as justice system acts swiftly as it did in Arun Kumar’s case – the accused boys were arrested and brought to court in less than 48 hours. However, Arun Kumar’s death brings up questions about other systemic failures:

1. Did the ambulance respond swiftly enough?

I am reminded of the murder of 29-year old liquor-store owner Navtej Singh in Manukau in 2008, when the police prevented ambulance staff from accessing the dying victim, despite the offending criminals having fled the crime scene. It was alleged that Navtej could have been saved if medical help was allowed in time. A police inquiry found that the 37-minute delay was “undesirable” and cannot be justified.

2. Did the police arrive in time?

We will need to wait for the police report to be made public on this one.

3. Did the parents of the boys raise them well?

Why were the boys on the street instead of in school, and what role did the parents play in their upbringing?

The parents of both boys, aged 12 and 13, are in jail or facing active criminal charges, says a report in the New Zealand Herald. Because the boys are teens, their names are suppressed. The Herald reported that both the parents of the 13-year old murder accused are in jail, and the boy was being looked after by his grandmother. The younger boy’s father too was in police custody this month on violence charges.

“Were the alleged offenders attending school regularly, if not where was the truancy service?” asks Phil Goff, Labour spokesperson for ethnic affairs.

“If his parents were themselves offenders what was being done to try to lead him down a different path? Why are young people able to become petty offenders without enough being done to stop them progressing to more serious crimes as in this case?”

4. What is our role as a community?

Where did we fail? Is our social system protecting ineffective parenting? Are we supporting dysfunctional families on benefits? As they say in Africa, it takes a village to raise a child. This beast (the accused) is a creation of the wider community, saysÂ New Zealand Indian Central Association (NZICA) President Harshad Patel, in a report in the Indian News Link.Â

“By accepting children on the streets during school hours, by supporting parents who do not look after their children and by allowing gangs to proliferate, we are breeding criminals at an alarming pace. The offender knows that human rights exist for his security,â€ he says.

The Bigger question: why has New Zealand failed to control its drug problem?

According to the Drug Foundation of New Zealand, New Zealand has some of the higher per-capita drug-use rates in the developed world.

It gets even worse – at least half of New Zealanders (49%) have used drugs at some point in their life – excluding alcohol, tobacco and even party pills.

The situation is bleak with our children – one in three children (below 18 years of age)Â  report drinking alcohol on more than three occasions in the past month.

Substance abuse is a double-edged sword – it influences senses, and it creates thirst for immediate money and gratification.

This addiction is not only spoiling the future of a beautiful country, it is also exposing its most vulnerable communities – ethnic and migrant groups – to some of the most hideous and violent crimes in the country.

Too often ethnic communities working in retail and service businesses were on the front line of crime, says Phil.

Sometimes, migrants don’t even need to be in a dangerous profession. Merely walking down the street could be fatal as 25-year old Indian student, Tarun Asthana, found out on 4 November 2013 after being punched to death outside McDonald’s in downtown Auckland.

In January 2014, Praveet Chahal was attacked by a bottle-wielding man on an Auckland street just a few meters away from her home. As she lay bleeding on the ground, she cried out for help, but none of the by-standers stepped in.

Praveet Chahal was viciously attacked by a stranger on an Auckland street as by-standers looked away. (Photo: Praveet Chahal)

Praveet suffered a broken nose, a fractured eye socket, extensive bruising and a big setback to her confidence. “I have never felt this violated in my entire life, for once in my life feel that my freedom has been taken away,”Â says Praveet in a Facebook post.Â The offender was on bail.

“In broad daylight (I) was attacked by an intoxicated pyscho who beat me up in front of more than 15 Fiji Indians who stood and watched the entire ordeal like they were watching some show while I screamed and yelled for help.“

However, Praveet has regained her confidence and her faith in humanity. “I am still working towards bringing awareness so that people feel safe and get their independence and confidence back.”

Migrants are easy prey as they are least likely to put up a fight, are struggling to adjust to new legal and cultural systems, are desperate to succeed and would like to stay out of trouble at any cost.

High-crime areas in Auckland and around New Zealand are known to the law enforcing authorities. However, limited policing resources put our communities in these high risk areas in danger.

If the government kept cutting the budget for police in real terms that we would invite more crime by lowering the risk to criminals that they would be caught, says Phil.

“In Henderson, other shopkeepers told us they wanted a community police station and a more visible police presence in the shopping centre,” says Phil.

“They also told us that out-of-control young kids have been a problem in the community for quite a long time â€“ kids that beat up other young people, shoplifted, pestered the public for money and painted graffiti.”

With elections approaching, the voters will have crime and safety at the top of their mind. Any government that concerns the safety of its people would stand a good chance of winning the trust and vote.

Vaibhav Gangan is an author and a senior journalist with two decades of international experience.