What’s common between Shah Rukh Khan and Dr Siddhartha Mukherjee? Dr Mukherjee acted in a school play where one of his co-actors was the King of Bollywood.

But Dr Mukherjee has better introduction.

He has joined the exclusive club to which only three other Indians belong since 1937. A club of Indian-origin authors to have won the prestigious Pulitzer Prize.

There’s something more common in the club. The first winner, Gobind Behari Lal, was a science editor emeritus for the Hearst newspapers. Mukherjee is also a science writer. Lal died of cancer in 1992. Mukherjee’s award winning book is about cancer. 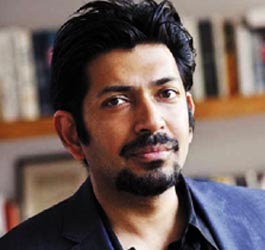 The title of Mukherjee’s award-winning work, “The Emperor of All Maladies” is similar-sounding to another Pulitzer-winning work, “Interpreter of Maladies”, by yet another Indian-origin author, Jhumpa Lahiri.

But these are superficial similarities.

Mukherjee’s work is not just a contribution to literature, but has a promise to improve the awareness of a serious disease that still remains daunting. The oncologist has spent a decade writing this book. The 41-year old author grew up in New Delhi’s Safdarjung Enclave and went to St Columbus School. His craving for academic achievements took him to Stanford where he majored in biology. However, his academic aspirations got a jump-start when he won Rhodes Scholarship to Oxford where he received a PhD in immunology. He went on to attend Harvard Medical School, and completed oncology fellowship at Massachusetts Institute of Technology.

During his two years of fellowship, he came across many cancer patients. “In the parking lot of the hospital… I spent the end of every evening after rounds in stunned incoherence, …as I compulsively tried to reconstruct the events of the day. The stories of my patients consumed me, and the decisions that I made haunted me,” writes Dr Mukherjee.

He felt a strong urge to understand the history of the disease: “How old is cancer? What are the roots of our battle against cancer? Where are we in our ‘war’ on cancer?”

“This book grew out of the attempt to answer those questions,” the neurosurgeon writes.

The book is a science non-fiction. It explains the most dreaded disease in non-medical terms. It is written with medical as well as non-medical readers in mind.

It explains cancer in plain terms. “Cancer is a disease caused by the uncontrolled growth of a single cell. This growth is unleashed by mutations – changes in DNA. The secret to battling cancer is to finds means to prevent these mutations.”

However, “cancer is built into our genomes; the genes that unmoor normal cell division are not foreign to our bodies, but rather mutated, distorted versions of the very genes that perform vital cellular functions.”

This is where the paradox of medical advances lie. “As we extend our life span as a species, we inevitably unleash malignant growth. If we seek immortality, then, so too, in a rather perverse sense, does the cancer cell.”

Indianorigin businesswoman to appear in court for assaulting sister

Indian woman in US found guilty of setting husband afire